Each day’s performances proved to be a little different from each other in interesting ways.

The first day, which was in Estonia (the rest were in Finland), was unique in that the show I watched was a number of short performances rather than one long performance.  Altogether it ran several hours.

Occasionally people came up to talk to me and we talked about my project, the other performers, and Stormtroopers.  They enjoyed the project and took pictures with me.

There were a few other events in the rest of the building, but the performances on the stage were the main event, and most people stayed around to watch for at least a few performances, which lasted between 20 minutes and an hour.

As the night’s events went on, the crowd thinned, until there were only a handful of people left to watch (earlier on the room was packed).  I continued to watch, of course.

Eventually, the program changed to a series of videos, instead of live performances.  I decided to leave at that point, as my performance is really about the relationship between me and the other live performers.

There were a few things that stood out.  Since my mask does not reveal my expression or emotional reactions to the performance or to people’s conversations with me, I am a blank slate that can be either unnerving or easy to project onto.  Even though everyone else is putatively just sitting there watching the performance alongside me, my lack of affect sometimes made them nervous.  My opaque lenses also make it look like I’m continuously staring without even blinking, creating a further oppressive, sentinel-like effect.  Generally speaking, however, I had a more passive role this night, compared to the other nights, since the space was pretty roomy, audience was usually fairly large, and the artists were set off from the audience by the stage space. 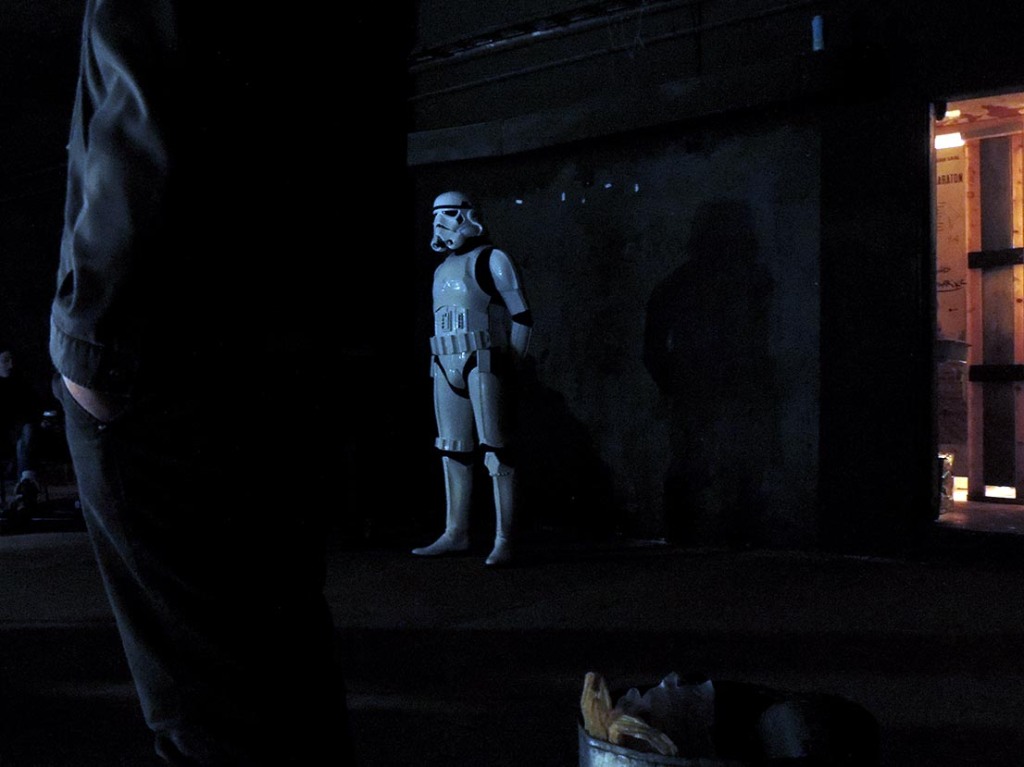 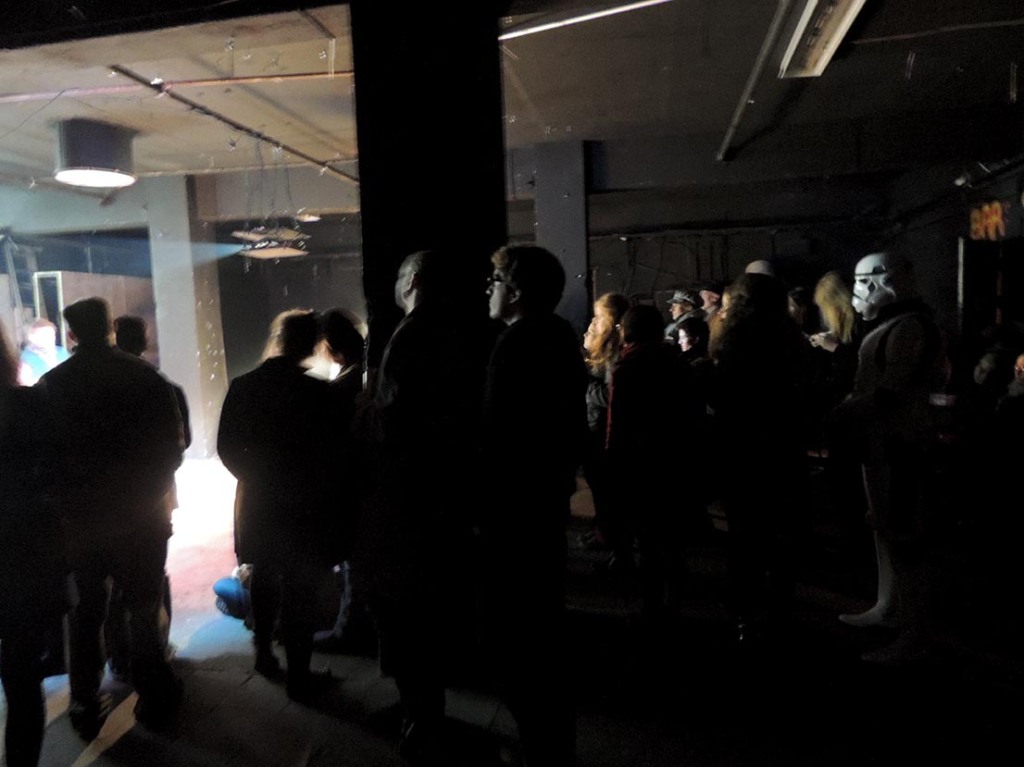